It’s all too common to flick on your TV and see a news story about the next big storm striking the Florida coastline.

Hurricanes sweep in from the Caribbean quite often, and although we see a lot of the instant damage before our eyes— injuries, deaths, flooding, etc.— many watchers don’t fully understand the long-term effect repetitive devastation has on our local environment.

Unfortunately, over the past century of hurricane damage, Florida has lost many of its “natural shock absorbers” and has faced many environmental struggles. Let’s look at some of the ways hurricanes affect nature: There’s a reason that we try so hard to keep tourists off of sand dunes: trampling on them kills growing vegetation and compacts the sand. These plants help to continually build the dunes up and allow it to remain a strong force of protection against hurricanes.

Florida dunes offer coverage against powerful storm surge, keeping roads and homes better sheltered from a hurricane’s impact. In fact, when Hurricane Matthew hit Jacksonville northwest of us, water would have flooded yards with 8-10 feet of water if not for dunes. “They held the water at bay instead of funneling it through the beach access points and then into the road,” according to ABC News.

Unfortunately, when dunes fail, storm surge and sand can flood inland and cause serious damage to Florida’s landscape. Not only does it cause temporary woes, like roads being blocked by sand deposits or first floor home flooding, but damage to the dunes leaves inhabitants more vulnerable to future high tides.

The Florida Reef Tract stretches over 300 miles from the southern end of the Florida Keys to West Palm Beach. These reefs do more than just provide shelter for lobsters and sea life, they also serve as protection from hurricanes.

That’s right. Although reefs can’t stop water spill from surges like sand dunes, the coral can sap energy from hurricane waves. The problem is, Florida’s coral reefs have suffered greatly over the last few years from climate change, pollution, other storms and overfishing. Since 2013, scientists have been found we’ve lost as much as 80% of Caribbean coral in just a few years time— and our state is less protective than ever.

Less coral means less of a barrier against storm surge. Not only is the damage making the effects of hurricanes more harsh on land, but these degraded reefs are being beaten when they’re already down, in that, hurricanes can harm our reef’s already vulnerable ecosystem even more. Powerful waves from hurricanes break coral branches and heavy rain can increase sediment and nutrient-polluted runoff. According to The National Wildlife Federation, this can lower the salinity of coastal waters, decrease water quality and cause further stress on the corals.

Without these reefs, we’d lose much of our marine life and organisms. Learn more about the importance of coral reefs here.

Salt water sweeping over our state’s vegetation and harsh winds cause damage to our land environment too. In fact, just this past April NASA researchers confirmed that The Florida Everglades have still not recovered from the devastation of Hurricane Irma last year.

Storm surges impact many environments across the Florida coast by flooding animal’s habitats, while wild winds whip out vegetation, snapping trees and uprooting cover/ food for many species.

Some species like sea turtles and birds are well adapted to thrive after hurricanes, migrating or hiding their eggs— but others like panthers and Southwest Florida’s wood stork have become severely endangered as a result of their habitat damage. One animal impacted by hurricanes throughout the state includes the Key Deer. With only 1,000 remaining in the world, diminishing pine forests are threatening their already small numbers.

Knowledge is Power, But So Is Proper Protection!

Hurricanes cause a lot of destruction to our state’s natural environment and existing ecosystems, both during a storm and long after.

Weathered down sand dunes and coral reefs leave Florida more vulnerable to future damage. Do you have the right protection against destructive hurricanes to keep your family and your home safe?

Although watching the news and packing an emergency bag is smart, proper hurricane preparation starts with your home. At Storm Solutions, we offer impact glass and shutters, doors and more to protect you from threatening hurricanes.

Call us for your free in-home estimate today. 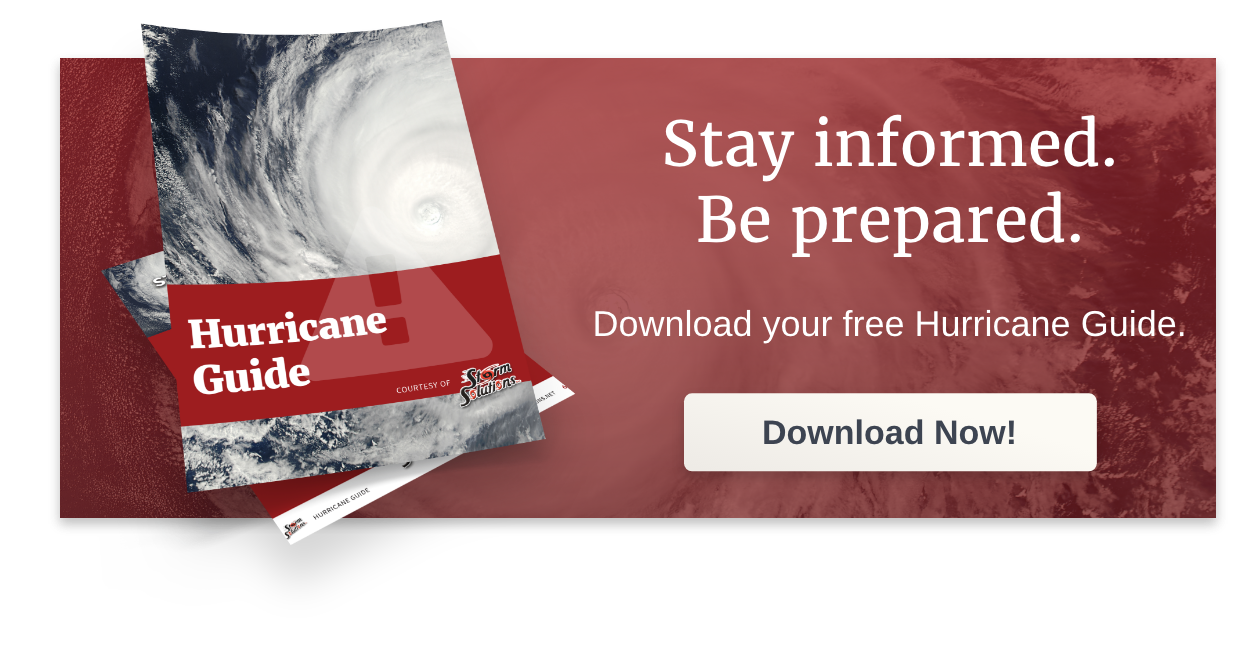